Read more about our recent school trips, visits and special events below. 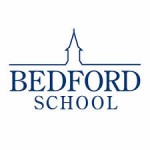 On Wednesday 20th September, our class 10 boys visited Bedford Boys School.  They were greeted with breakfast, which had a distinctive French flair.  Croissants and Pain au Chocolat were enjoyed by all, with many of the boys using French expressions with gusto.  (Good manners and correct terminology were rewarded readily with offers of seconds.)

After that, the boys took part in a sculpting lesson.  They each designed a sea shell relief using clay and their imaginations.  When they were complete, each of the sculptures was original and very reminiscent of prehistoric fossils found at the seaside.

Another snack followed and an opportunity to see the school at break time.  Some of Broughton Manor’s most recent pupils visited us and explained what it was like to be a student there.

The final activity for the day was a rugby session with some of the boys from Milton Keynes Preparatory School.  The students developed their decision making and passing throughout the session, culminating in some small sided rugby competitions at the end.

The boys were impeccably behaved throughout and thoroughly enjoyed the opportunity to see Bedford Boys School. 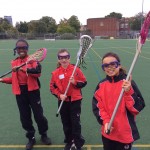 On Wednesday 20th September, our class 10 (Year 5) girls were invited to an activity morning at Bedford Girls’ School. The girls enjoyed activities including Science and Augmented Reality, Lacrosse and Trampolining. 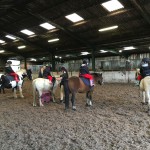 This term we have introduced Horse Riding Club as an afterschool club for children in classes 6 and 7 (Years 1 & 2). The riding lessons take place at Bryerley Springs Equestrian Centre. The Centre is affiliated with the Pony Club, which ensures the teaching is to an internationally recognized standard.

The first lesson of the term was a huge success! 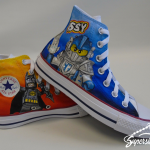 This year our fundraising project will be Super Shoes. On Monday 11th September, a representation of the charity, joined our Pre-Preparatory Department assembly to talk to the children.

Sarah White founded the charity Super Shoes in 2013 and her mission is to empower children fighting cancer by creating personalised Converse trainers decorated with designs chosen by the children themselves. Each pair of shoes are designed specifically for a particular child or young person and hand painted by a Super Artist to express the child and all of the things they like e.g. a favourite game, sports team, music, animals or all of the above! In fact, anything that the child holds dear.

Each day, someone, somewhere in the country is selected to receive the award to celebrate their remarkable achievements. Super Shoes are as unique as the child or young person that wears them and act as a reminder to that child of who they are, despite their illness, challenges and treatment. 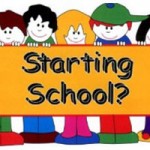 On Friday 8th September, our PTA, the Friends of Broughton, welcomed the parents of children in class 5 (our Reception class). This event allowed the parents to meet one another, to find out about the Friends of Broughton and after collecting their child at the end of the school day, parents and children were photographed together to keep as a momento of their first day at “school”. 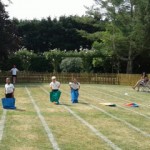 On Wednesday 21st June, the children in classes 3, 4 and 5 took part in Sports Day on the lawn at Broughton Manor. Mr Jay organised the events superbly and all the races ran very smoothly. The children took part in running races, egg and spoon races, balancing a bean bag on the head races and sack races. On the hottest day of the year so far, every child performed very well in the heat and they all ran or hopped to the best of their ability.

Special thanks must go to the pupils in class 11 (Year 6) who helped the staff run the event by giving out award stickers at the end of each race, by moving equipment and most importantly by giving out cold water to the hot parent spectators. It was an excellent event enjoyed by many parents Grandparents and siblings. Well done to everyone! END_OF_DOCUMENT_TOKEN_TO_BE_REPLACED 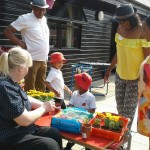 On Wednesday 21st June 2017, the children in classes 3 – 11 invited their Grandparents to spend the morning in school with them. This is an annual event and, as always, it was a wonderful experience for both our visitors and the children. END_OF_DOCUMENT_TOKEN_TO_BE_REPLACED 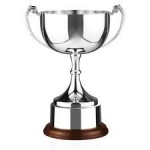 Our annual Speech Day was, again, a huge success this year. Mr Pye, the Chairman of Governors welcomed the children, parents and staff. Mr Canwell then addressed the children and looked back at the events and successes of 2016/17. The personal success of every child in classes 7 – 11 was celebrated and awards were presented. 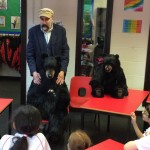 On Tuesday 13th June, we welcomed Kelly Dean, a toymaker, soft-sculpture artist and bearsmith from New York. Mr Dean is a craftsman in the old-world style – who makes one-of-kind soft-sculpture for the collectors’ market. His work has been featured in numerous magazines and trade journals and can be found in museums throughout the world. Completely hand made from original patterns, the pieces are complicated and poseable.

Mr Dean brought with him Woburn and Brianna and talked to the children about how his bears are constructed and the materials and techniques used. The children loved the teddy bears because they look like real bears! END_OF_DOCUMENT_TOKEN_TO_BE_REPLACED 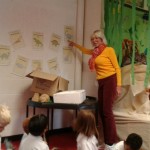 The children in class 4 welcomed Dr Janet Sumner during the morning of Tuesday 23rd May. This half term, the children have been looking at the topic, Dinosaurs, and Dr Sumner talked to them about dinosaurs; they looked at carnivores and herbivores and she even had real Velociraptor claw to show them! END_OF_DOCUMENT_TOKEN_TO_BE_REPLACED