Read the latest reports and view photos from the children’s school trips below. 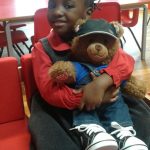 This term, the children in class 4 are learning about Bears as their topic; they are looking at different types of bears around the world, famous bears and bear stories. This week, in support of their topic, each class 4 has visited Build a Bear in Central Milton Keynes.

The children chose a bear and they watched and helped to make their teddy bear. They each took a heart, made a wish and put their heart inside their class bear. They chose a name for their bear and once their wishes were sewn inside, they bought him or her back to school.

We are told, that “this was the best trip ever!”. 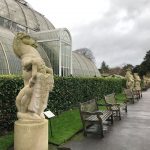 Yesterday, the pupils in class 9 (Year 4) spent a wonderful day exploring the wonders of Kew Gardens!

To consolidate their learning in Geography, they took part in a workshop about the Rainforest, which gave them the opportunity to see the different types of trees and plants that would normally grow in the Rainforest, and to handle Cocoa pods that had been grown at Kew Gardens!

The children admired plants from around the world in the Princess of Wales Conservatory, a favourite area, which included Cacti from the desert!

They walked around and enjoyed the gardens, a favourite for all was the Children’s Garden, in which they were able to engage with nature in an interactive and playful way.

The lovely walks and abundance of fresh air resulted in a very quiet coach on our return to school! 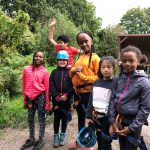 During their first full day at the PGL Centre, the children had a fantastic time and thoroughly enjoyed a range of activities including abseiling, orienteering and the infamous zip wire! 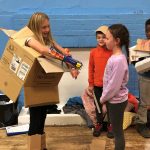 After an evening of ‘Robot Wars’ and a good sleep, the children on the PGL Trip tucked into a hearty breakfast before beginning a day packed with activities! 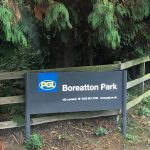 On Monday 14th October, 62 very excited children and 62 suitcases set off from Broughton Manor for a week of action and activities!

They arrived safely at Boreatton Park PGL Adventure Centre in Shropshire .. and so their adventure began! 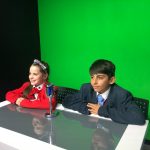 On Thursday 10th October, it was the turn of our Year 6 children to spend the day at the Sky Studios in London.

They received a tour of the studios and were most impressed by Sky Sports!

The children made their own Sky News reports about how important the recycling of plastic is. Each child took on a different role from Editor to Camera Operator, Eye Witness, Producer and News Reader. Even the teachers had a go at presenting!

All in all they had a fantastic day and our thanks again must go to Sky Academy Studios for this great opportunity we were able to offer to the children at BMPS.

As part of their Science topic, plants, the children in class 8 (Year 3) have been learning about where food comes from, which group different food belong to and the important of food hygiene in the kitchen.This morning the children visited Pizza Express, where they learnt about the origin of pizza. They also learnt that to honour the Queen consort of Italy, Margherita of Savoy, the Neapolitan pizzamaker Raffaele Esposito created the “Pizza Margherita”, a pizza garnished with tomatoes, mozzarella, and basil, to represent the national colours of Italy as on the Flag of Italy. This was quickly followed by pizza making! The children had fun creating their own masterpieces, which they will enjoy at lunch time! 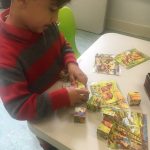 On Wednesday 25th September, the children in Year 2 enjoyed a trip to The Higgins Museum in Bedford. They took part in various toy themed workshops, including playing with replica Victoria Toys and making their own paper toys.  Everyone had a lot of fun and some, enjoyed a nap on the coach back to school! 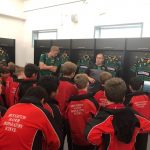 After the session, some of the children were fortunate to meet the Saints players, including the former England Captain Dylan Hartley and England international Teimana Harrison.

While eating lunch, we watched the first half of England’s second world cup match against USA. In the afternoon, we were treated to a tour of the stadium and the gentleman in charge of the Northampton Saints kit was at hand to explain the schedule of the players during a normal match week.

We ended the day with a visit to the community activity zone, where the children took part in 30 second passing and kicking challenges and the ‘crash wall’ where the pupils (and teachers) had to run towards and crash through a purpose build foam wall.

All in all, the day was extremely informative and a lot of fun. Who knows, one day we may well be back at Franklin Gardens to watch a former BMPS pupil play! 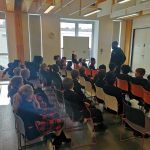 On Thursday 19th September 2019, our Year 5 pupils spent the day at the Sky Studios in London. The children were given the opportunity to make their own Sky News report based around the future of technology. They were split into 4 different groups; each group contributed their own segment to the news report and every child was given a role. The children wrote their own scripts and made decisions about the scenery and location for their reports. They even dressed up and had a go behind the news desk. A fun filled; educational day was had by all.